Rumors and facts about the Primadonna are growing like mushrooms after rain.

To Alla Pugacheva children were expected in Moscow since spring, but, as it turned out, her return to Russia was short-lived.

Recall that Alla Borisovna took the children away 1 September to school and even took them to Red Square, and then bought everyone plane tickets and flew to Israel, not even staying for the funeral of close friend Boris Moiseev.

So, contrary to the prevailing opinion that this emigration was in the plans, since Pugacheva received Israeli citizenship a few months ago, her friend Lyubov Aksenova said that the decision to leave was spontaneous. 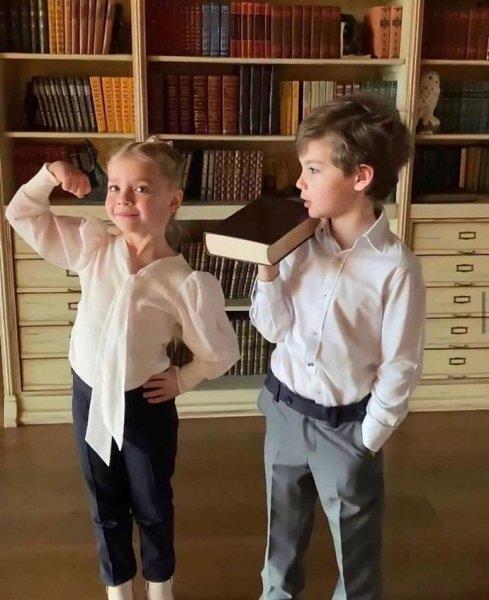 Alla Borisovna was ready for the fact that she would not be accepted with open arms at home hugs, but the fact that the school will start bullying her children with unpleasant questions was the last straw for her. That is why, it was decided to leave their country completely.

In fact, this seems to be true. Why was it necessary to bring children and send them to school if in a couple of weeks you will pick them up from there?

In any case, now Lisa and Harry will go to an Israeli school, and Pugacheva will visit Makarevich , Slepakov, Leonidov and who else settled there in the promised land. Read more: 1 2 next. →